*Written Sunday, March 19, published Monday, March 20
**I realize the chances of success here but I lost a Wonderwoman pin on Sunday's hike.  It has a lot of emotional value and shouldn't be polluting the beautiful mountains.  Please comment if found!

We finally got to hike Potash to close out the official winter hiking season and YES the brook
crossing is bridged!

To get right to the point, Potash is a great little climb!  It's 4.4 miles roundtrip and covers about 1500 ft of elevation gain (give or take depending on the source) through open hardwoods and later, semi-open conifers. 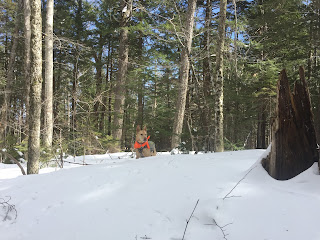 After strolling up the hill from the parking area, we began the hike with ease.  The trail was flat and moderately curvy in an enchanting way.  About .4 mi in is the infamous water crossing.  My understanding is there is some sort of workaround but I was relieved that it was completely passable via a sturdy snow bridge. 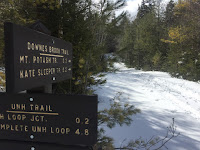 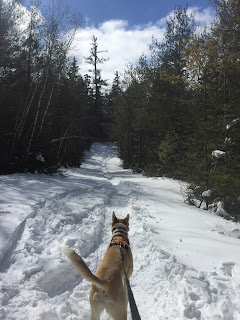 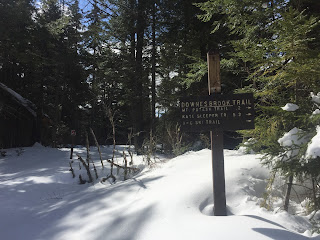 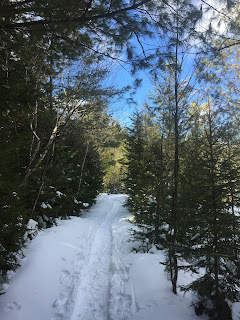 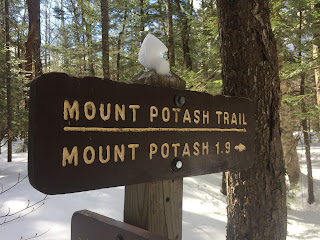 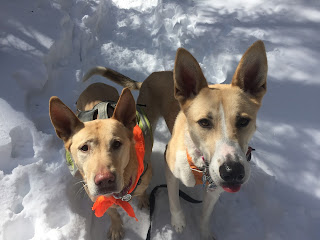 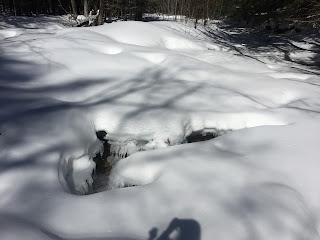 Beyond the crossing, the trail continued rather leisurely, rolling along as we slowly gained elevation. 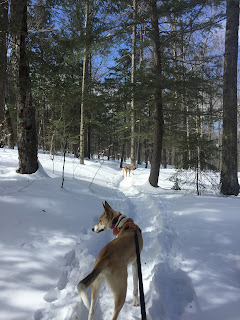 Along the way, we crossed some sort of old road.  I assume it was used for logging based on the meadow of new growth and brush to the west.  I was surprised snowmobiles don't use it.  It's the type of road I want to find more of and more info about so that Tango can accompany us.  It's a tricky balance between his needs and Ty's safety (remote, flat treks offer little challenge for her so she tends to "find" entertainment.) 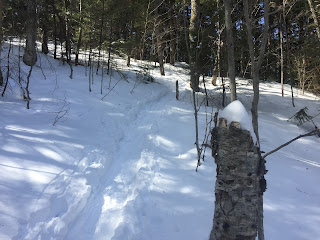 The trees transitioned to conifers and we started experiencing steeper inclines.  They began to outnumber the flat ones and I was happy I had both televators on my snowshoes and foster pup Sage pulling me along! 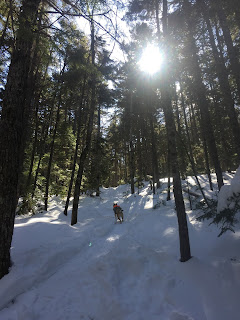 Perhaps a quarter mile or so below the summit (guessing) we encountered the one narrow ledge I'd read about awhile ago and Sage quickly realized staying on the trail is wise.  Back into the woods, the "ups" and flats alternated until we reached what I'm assuming is ledges.  The wintertime translation was open spaces with sporadic, shorter trees, and the first vistas of the hike. 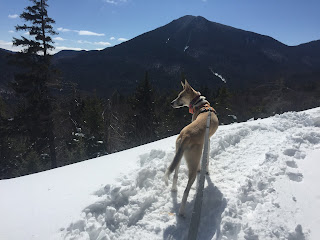 A little further up we went before reaching the summit.  It's a beautiful area, enough room for a few hikers to spread out without trampling anything fragile (in non-snow covered months).  I've never hiked anywhere that gave me a view of the Kanc heading west and I found that very intriguing.  The view swept west and pretty far north as well, with Washington the last visible peak before the trees.  I tried to use my new peak identification app but missed a necessary download... next time! 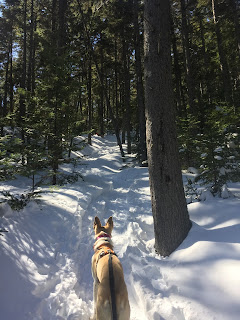 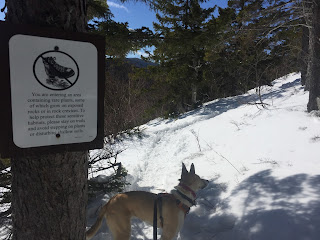 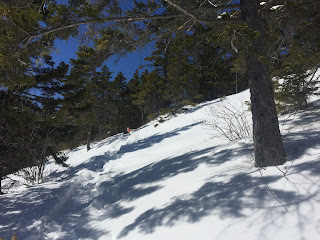 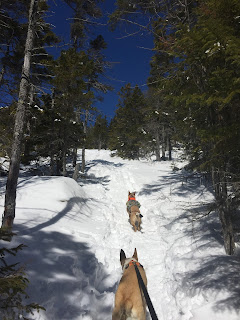 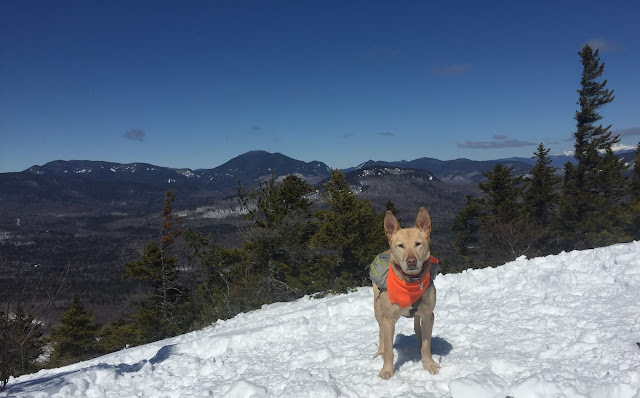 Despite my best efforts (I really wanted to enjoy the atmosphere during the descent!), we jogged until the grade nearly reached zero. I'm pretty easy to please when we're in the mountains so, of course, I hike the dog's hike.  About 40 minutes later, we were at the car, finished too soon, but still grinning ear to ear. 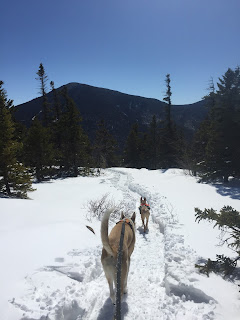 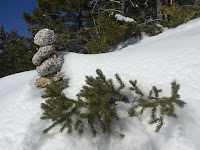 Despite a gloomy forecast and morale, we ended up with bluebird skies and temperatures in the upper
30's, no wind, and lots of smiles.  The trail is beautifully broken out, thank you to those before us! We couldn't have asked for better weather for our last winter hike of the season and it really highlighted the beauty of the woods.  The open hardwoods present for the first part of the hike allowed the light to pour in and keep me warm before exertion took care of that. I'm easily mystified and the road crossing piqued my interest, as did the variety of animal tracks we found.  Into the pines, the noontime light gleamed on the pine needles in the most beautiful way my photography skills can't do justice to.    Though plenty steep to offer a good, albeit short, challenge, Potash was an immensely enjoyable hike.  We did it in about 2hr10min but could've slowed down to enjoy more of the mountain's charisma or, if we were ambitious, hopped over to visit Hedgehog.  But alas, I had "grown up commitments" to tend to so we headed home.