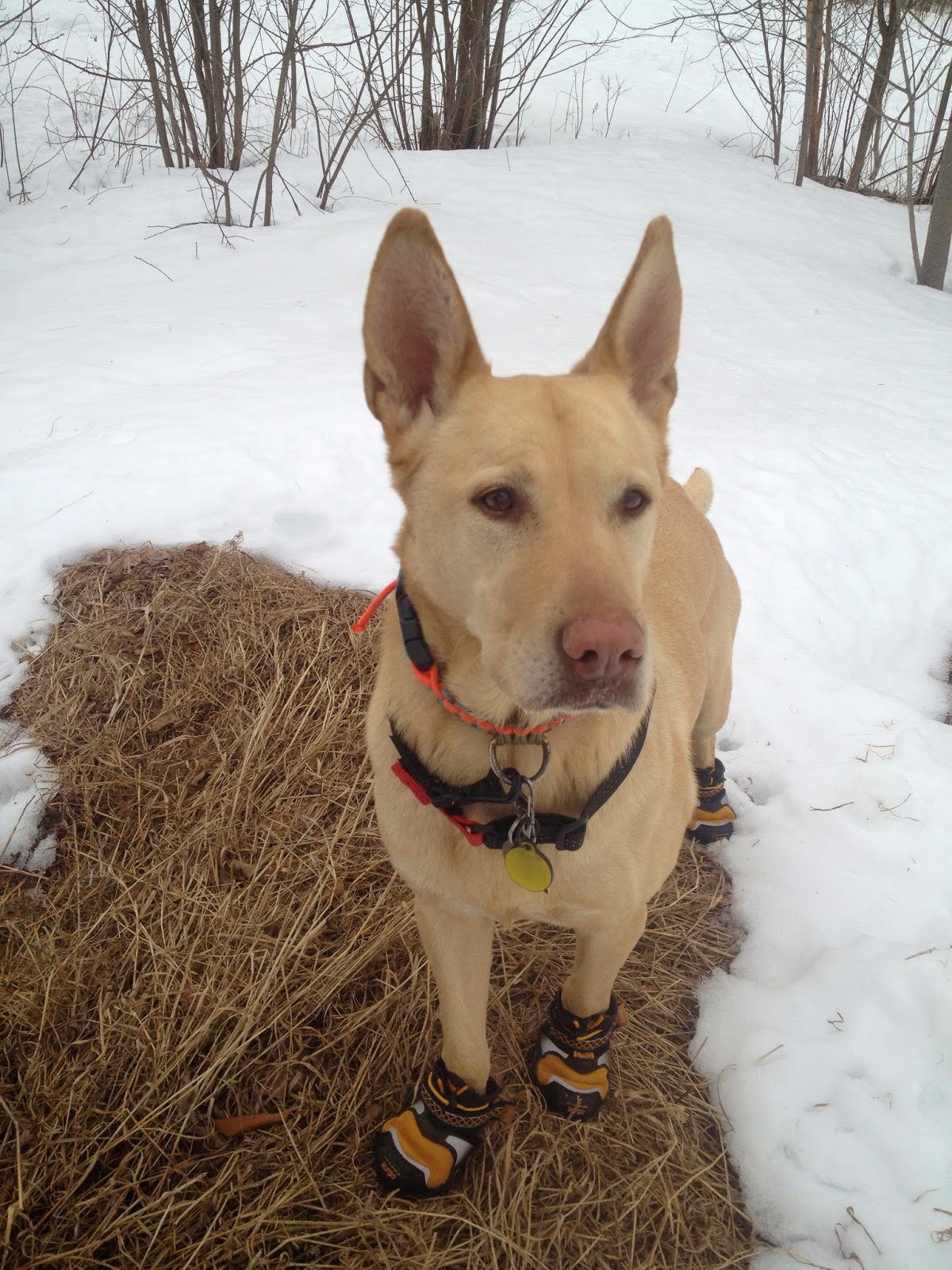 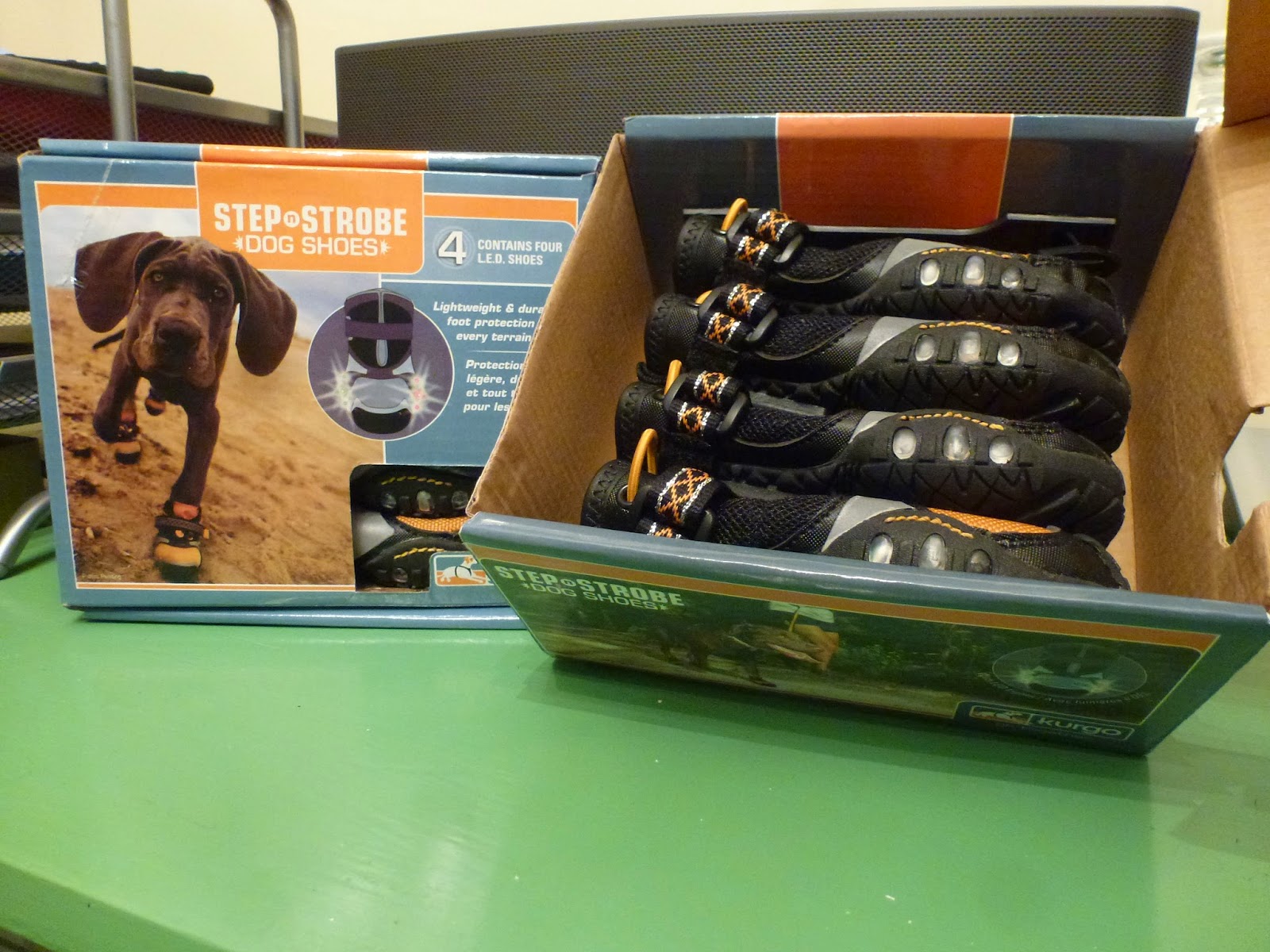 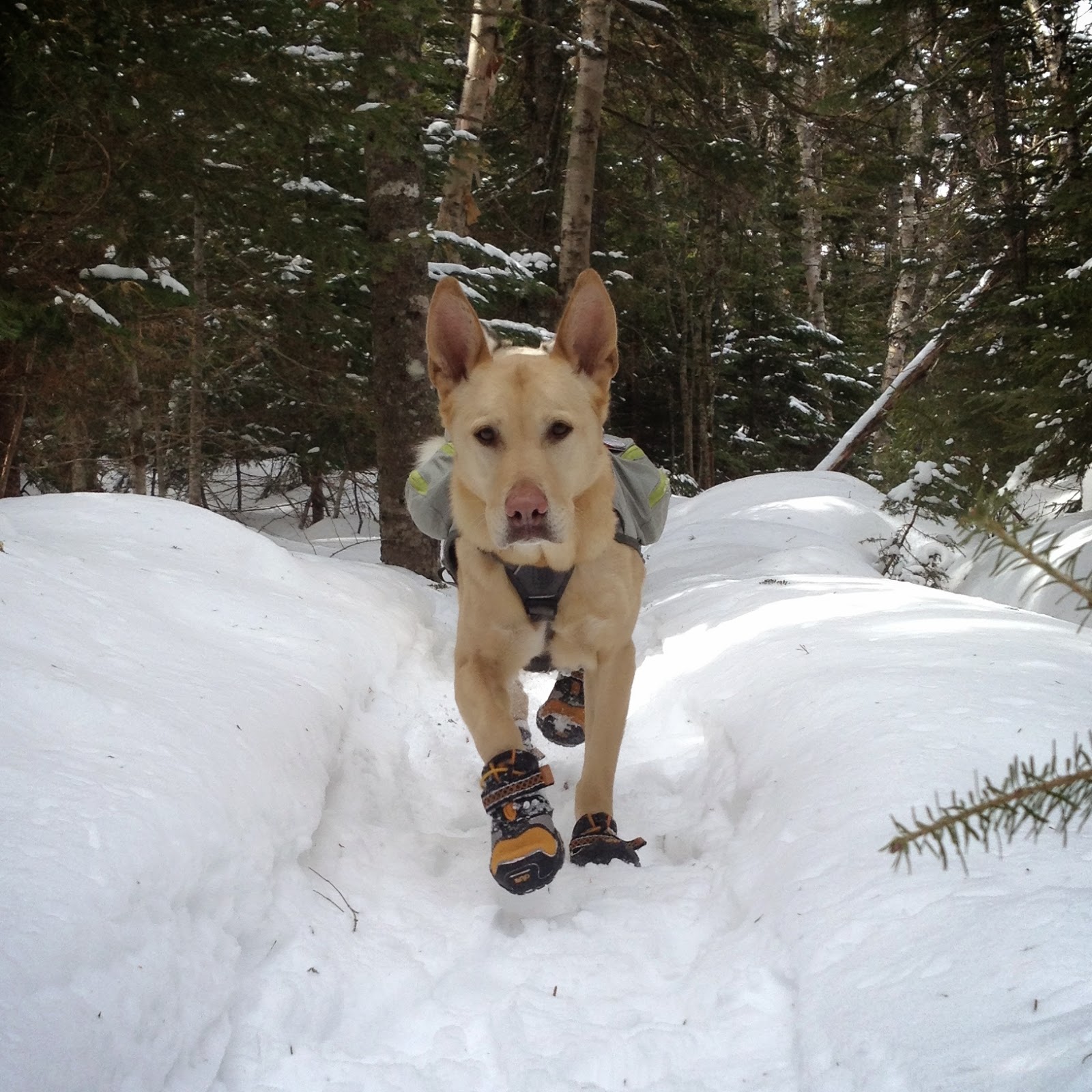 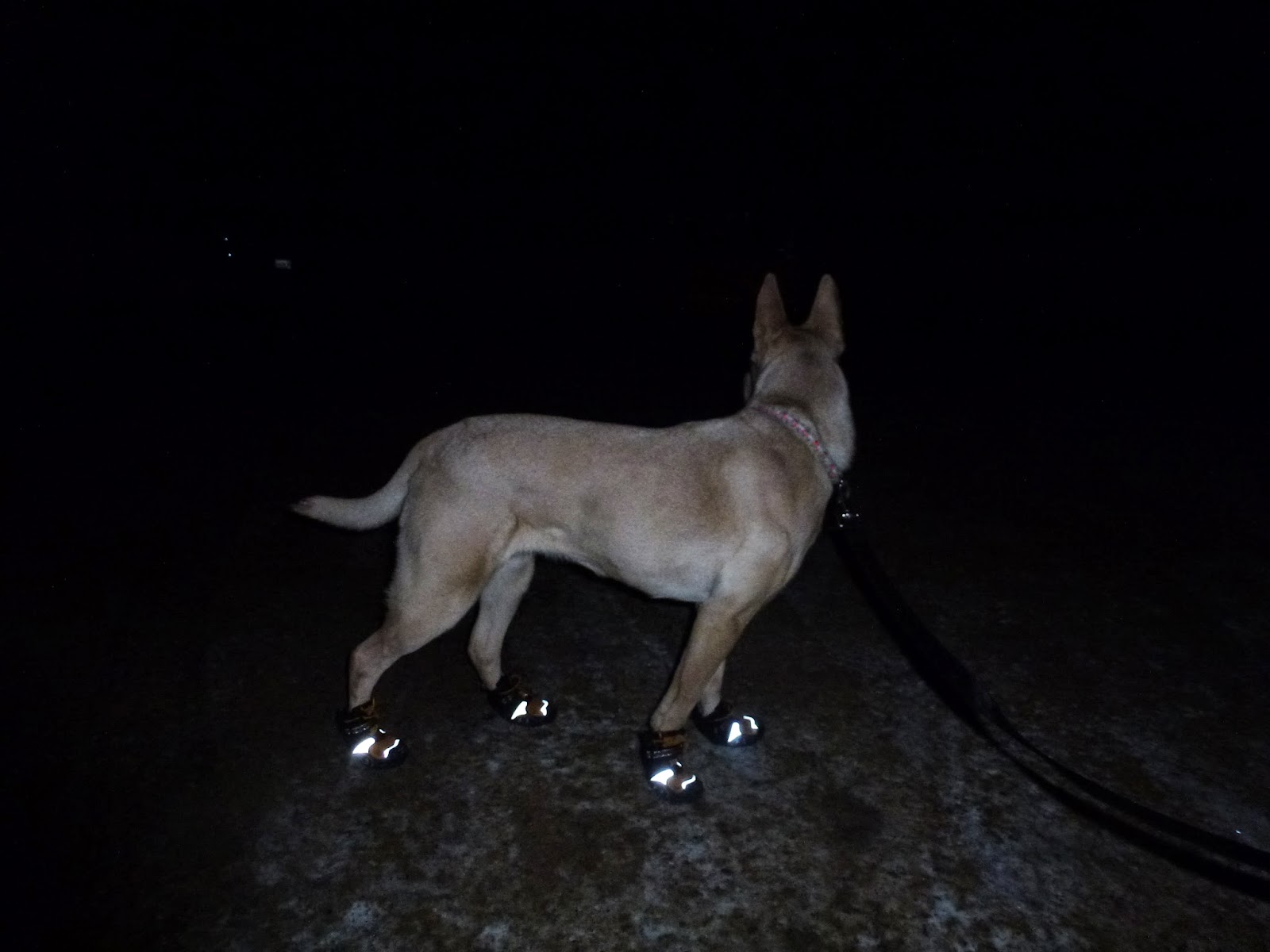 **REVISION: Between finishing this write-up and posting it, I attempted to get a video of Ty in the boots to show them off.  We went to the beach and, while I failed to accomplish the task at hand, I did discover the boots are no match for the sand.  I’m not sure under what conditions a dog might be off leash wearing boots on the beach but, if s/he is barreling towards seagulls, boots will be airborne!  For the most part, at least one front boot would come off and the back ones would remain but it all depended on physics that are beyond my knowledge.  In the past, I took a leashed foster dog to the beach following a paw laceration, thinking that it might be better than the mud-(possibly) poop mix at the dog park and the soft-soled boot she was wearing failed miserably by becoming soggy.  I think that the Step’n’Strobes would be beneficial and do well in that scenario since the dog’s only going as fast as one can walk. (As an aside, the overall concept of going to the beach was successful.  The laceration was naturally washed out by the salt water and I wasn’t constantly worrying she would further agitate or inflame the wound running in the mud and over the rocks at our normal park and she still got plenty of stimulation.)
Posted by pawsonpeaks at 7:31:00 PM