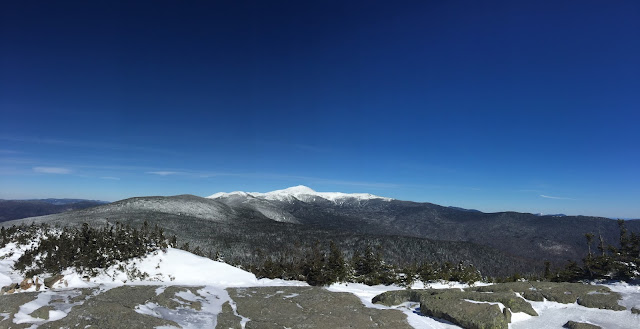 We finally got a bluebird day today and I could not have been a happier human... but this blog is called Paws on Peaks and I can assure you, the pups had a ball as well!

Despite being nervous about the intense ice conditions for the past month or so, I had a good feeling about Jackson today and the forecast only added to my hopefulness.  I wasn't the only one: across from the trailhead, the pull-off was already full by 9:30.  We met up with Kimberly, who we'd met through Dan on Carrigain and we set off at 10:00 under perfect blue skies and in light winter layers for the mid-twenties and wind-free conditions. 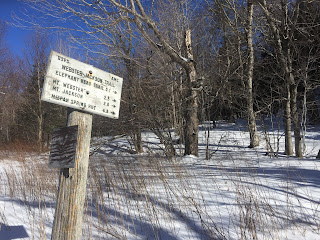 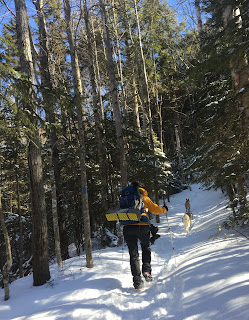 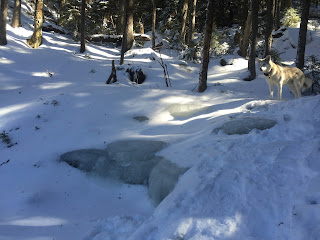 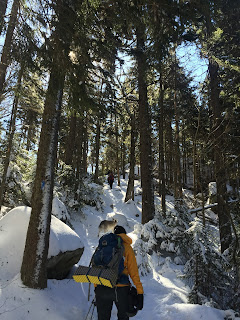 Getting to the point, this will be one of my less helpful trail descriptions; I was so caught up enjoying the hike and talking Kimberly's ear off that I didn't pay much attention!  The trail was packed powder and still light/dry early in the day before the sun warmed it. At Bugle Cliff, we took the few extra steps to the ledge and peeked at the cars before hopping back on the trail. 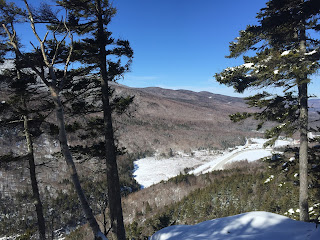 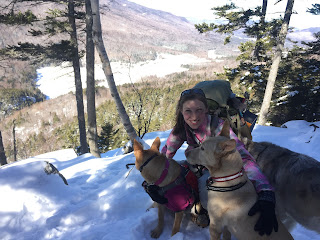 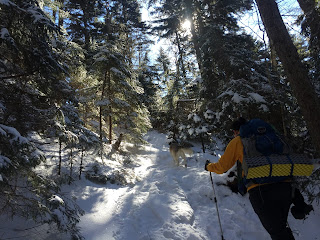 Shortly after the overlook, we crossed the single ice bridge of the day.  It was only two steps wide and the beautiful babbling noise concerned Ty!  (By the time we descended there was a softball-sized hole in the ice but it looked like the result of a trekking pole.) 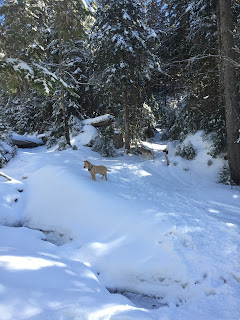 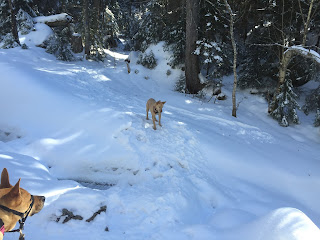 Next up was the junction where the Webster-Jackson Trail continued over to Webster but we opted to turn left onto the Jackson Branch based on the input of the Highlands Center staff Kimberly checked with.  It was another hour before we were within a quarter mile of the summit.  The snow had deepened but didn't call for snowshoes and the steepness had increased, most notably just before the summit. 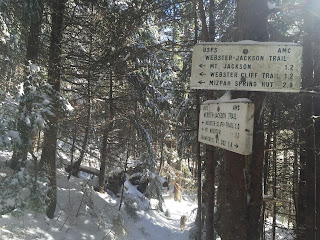 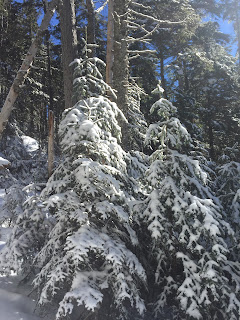 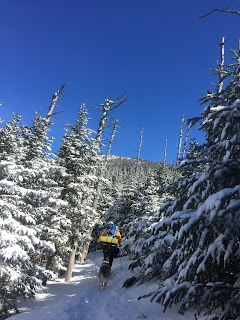 We reached the short, exposed scramble I had been concerned about and it turned out to be nothing.  There was a herd path around the left side, my crampons made the sheet of ice a non-issue, and Skylar opted for the poorest path possible and still did fine.  I couldn't even tell you how my guys decided to tackle it but this is what I looked up to at the top: 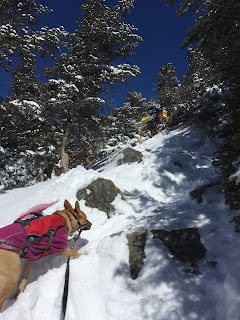 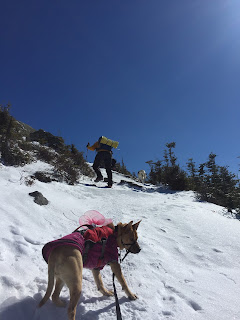 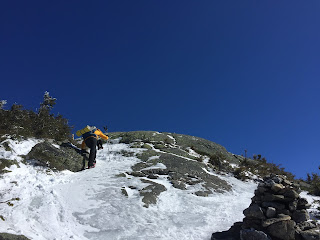 From there we tagged the summit and took a ton of photos! 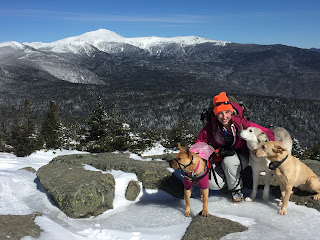 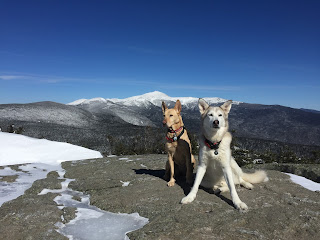 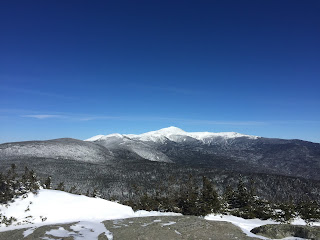 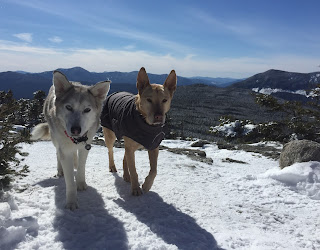 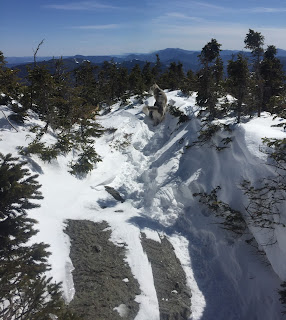 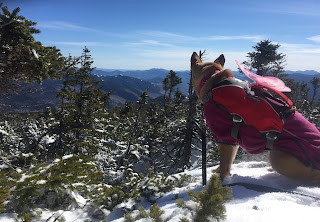 Not much to share about the way down; I was too busy smiling and we jogged often in spite of Ty and Tango's uncharacteristically erratic pace and random stops.  Where the sun hit it, the snow had become wet and even slushy in a couple spots  and I would imagine some of the very short icy pitches we went up and down without issue may have lost their snow cover based on the number of other hikers that were out today.  Regardless, they were still perfect winter conditions! 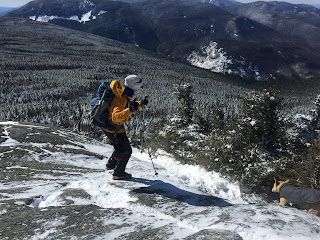 Pretty useless trail description as far as terrain goes but I know a lot of folks are in the same boat as me, wondering if and where conditions have changed from the ice luges they've been and I can happily report Jackson is in fantastic shape and very paw friendly right now!  Below the junction, the trail was hilly and I had hardly noticed til the way down.  Until the pre-summit scramble, there is very little ice (two-three pitches totaling a few strides) and both of us were happy with our choices of traction (Kahtoolah microspikes and Hillsound Trail Crampon Pro's).  By the descent, small trickles of runoff had opened up, had the dogs wanted any water.  Overall the grade was on the steeper side of moderate with plenty of breaks where it eased up as well as a couple steeper sections.  Definitely Tango-friendly in the winter but I am not sure we will return once the snow melts.  Skylar was with us today and accomplished her first 4K with ease.  I'll probably be posting some of my favorite photos of the pups not included here on Instagram soon enough (I am fully aware I take a lot of photos!)  Excellent day for everyone!